Buhari, not Jonathan is The Cause of Hardship in Nigeria

​Over the weekend, I noticed a lot of Buharists led by Simeon Kolawole of ThisDay in an unbridled penchant to exonerate president Buhari from our current economic travails are driving this narrative that the current economic woes in Nigeria is down to one factor; that Goodluck Jonathan didn’t save for rainy days. 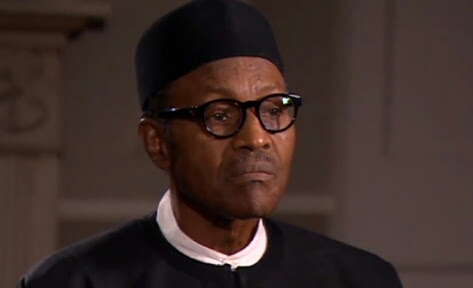 This is not surprising to me though because it has been the characteristic of these Buharists to appropriate blame for every bad thing that happens to Nigeria to GEJ and give president Buhari credit for every good.
But gone are the days when kabiyesi Intellectuals and their ilks will drive a contemptuous and vacuous narrative unchallenged. Such narratives to deceive the unsuspecting masses will be addressed and countered decisively, relentlessly and frontally.
The ignorant ones would still come here and shout GEJ didn’t save, but like my friend Ikechukwu wrote in his tweets via @iykimo, please note that there’s more to economic indices than just savings. A simple comparison of figures proves just so.
As at May 1999, the price of crude oil in the international market was $15 per barrel. President Buhari met oil at about $40pb.Buhari met Excess Crude Account at $2.5 Billion with Sovereign Wealth Fund at $1.5 Billion. None of the above existed pre 1999. Buhari met a relatively diversified buoyant economy with GDP of $550 Billion (biggest in Africa, 26th in the world).
GDP in 1999 was just $200 billion. GEJ handed over an economy that has averaged year on year growth rate in excess of 6.5% over a decade. GDP growth rate at 1999 was 2%. As at May 29th, 2015 external debt was $6 Billion. Juxtapose that with the External debt in 1999 which was $30 Billion. Also, Buhari doesn’t have to negotiate with IMF and World Bank. Unemployment rate as at May 29th, 2015 was 7.5% but as usual, Buhari has doubled that sharp sharp. Unemployment rate in 1999 was 20%
Capitalization of Nigerian Stock Exchange as at May 29th, 2015 was N12 Trillion. But today, Buhari has supervised the near crash of the capital market. Buhari met an economy with a stronger banking system and reformed contributory pension scheme running into Trillions of Naira unlike OBJ. Buhari also met an economy that was becoming Africa’s number one destination for foreign investors, with N1.5 Trillion as Foreign Direct Investment in Q1 of 2014. Nothing can be said about that today.
Buhari met a rebased economy which has been opened up to the global business community but his voodoo monetary policy crashed it. The economy handed over to Buhari has a revived automotive industry and remodeled airports. Ask yourself this question, Why are investors fleeing? Buhari met an economy with transformed Agricultural sector, Food imports had reduced by over 40% but today, food insecurity is looming.
The last admin introduced cashless policy, TSA, IPPIS and reforms in public finance management. What has Buhari done exactly in over a year?
Even with the fall in oil prices, Buhari started on a more stronger footing than Obasanjo in 1999 but just like in 1984, President Buhari has plunged the economy into recession. Till date, Buhari doesn’t have a sound economic team despite the fact that his Finance Minister doesn’t know jack about the economy. Buhari’s economic blueprint is known only to him. His monetary policy is as old as Methuselah but some people still believe Jonathan is the problem.
Before we forget, President Buhari has traveled to 27 countries in about 14 months, where are the foreign investments he attracted.
Honestly speaking, Buhari has made things worse. The ‘things will get worse before they get better’ gang should leave Goodluck Jonathan alone and enjoy the change they voted for.

As things are looking now, the Edo governorship election is becoming a contest between the All Progressives Congress (APC) and itself. In theory, though, APC is not the only party that will be on the Read more…

For years, Nigerians have cheerfully accepted the false impression that oil wealth will last forever. When nations cultivate lands, working their brains to stretch revenue stream, and build things that would stand the test of Read more…

Unexplained deaths in Kano should worry all of us

Since coronavirus made its way into Nigeria, I’m not sure anything has been terrifying as the unexplained deaths in Kano state. In less than one week, dozens of deaths have been reported in that state, Read more…